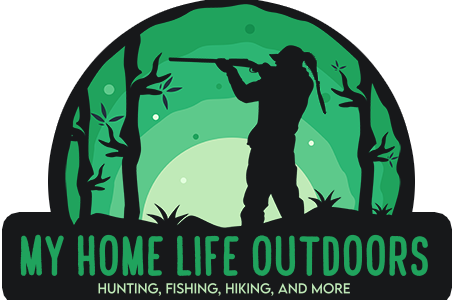 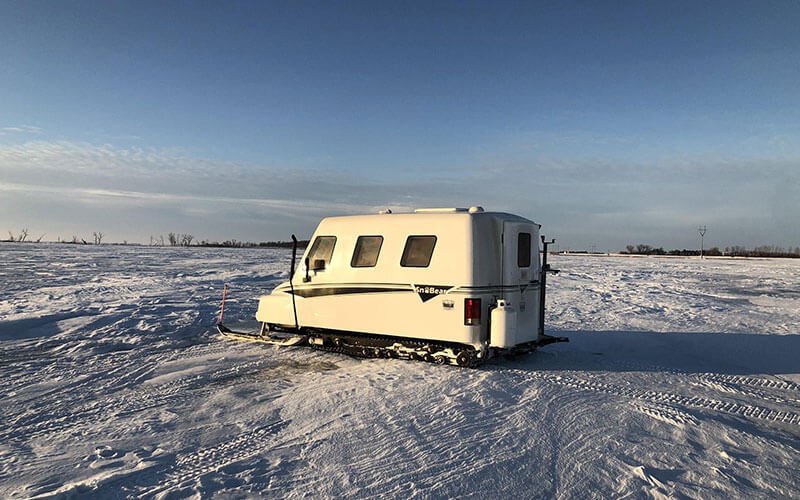 We arrived in Bismarck, ND.

The first place we stopped was Big R. We needed to get hunting and fishing licenses. Did some shopping around, didn’t find anything we couldn’t live without. We headed east toward Garrison, ND taking all back roads looking for places to hunt. We found a spot that looked like it might be promising for pheasants, so we walked through cattails and brush to flush them out. Boy it sure would have been nice to have a dog that’s for sure. We flushed a couple of hens but no roosters. We walked for hours trying to find some pheasants but came up short.

Finally decided it was time to move on. As we were driving we came to a land management area that was a big draw, so we decided to try our luck with a coyote. We get set up and start to call. About 5-7 minutes into calling, I thought I saw something out of the corner of my eye, and as I’m sitting there watching closer, I catch a glimpse of a coyote coming in. He came over a hill and went into a draw, he slowly came walking in kind of weary of the calls. I was so nervous it was my first real opportunity to take a shot, I was shaking like a leaf on a windy day. I try to steady myself to take the shot, I shoot and completely miss him. Bill just laughs at me and asks what happened. I’m like welllllllllllllll, I guess it was an operator error, too nervous and shaky. He laughs some more and says well we at least saw something. So, we pack up and continue driving around some more. We find ourselves a motel room for the next couple nights in Garrison, ND. It was a very nice motel and the gal at the front desk was great. She had a sense of humor. Bill kept joking around with her and at first, she was having a hard time telling if he was serious or not, and of course I got to run with it as well. But it was good fun.

Bill spent a lot of time in Garrison, he took me to several places where he had hunted with his dad and friends. We went to an area that was near a bay. This spot meant a lot to him. He tells me a story of him taking a close family friend who was an older man that really couldn’t handle the walking anymore out goose hunting and he had figured out that the geese were flying over this area, so he drove this gentleman right to the spot, set him up and took the truck back away. Bill pheasant hunted his way back to him as this gentleman was in his glory shooting at geese. He showed me the exact spot he set him up at. Bill is very compassionate to our older generation, he takes pride in taking them hunting and listening to their stories, and to see the joy they get out of doing something they love.

We got up the next morning and decided we should start heading towards Devils Lake, there was a bad snowstorm that was coming up thru SD, ND, MN so we tried to work our way there and stay north of the storm we took every back road a person could think of, what beautiful country, it took us most of the day driving over there. Thankfully we avoided most of the storm but by the time we made it to Devils Lake we were getting hammered by it. I couldn’t believe the wind and the white out conditions. But we made it safely. Found ourselves a room for the night. Dinner was tough to find. Most of the restaurants were closed, so gas stations had snacks for dinner. Got up that morning and the snow had settled down some, but the wind didn’t. Did some driving around and said screw this. We headed to the lodge where we’re going ice fishing. Checked into our cabin.

The day we have been waiting for has finally arrived, we got up early and met our guide at 6 am, we loaded up into the snow bear. The snowbear is an enclosed machine on tracks, heated, comfortable and mobile. We started out with walleye fishing, didn’t catch many walleyes but we were having fun and then we moved onto perch fishing. The perch fishing was slow as well, but we would keep picking up and moving to different spots. We caught 9 walleye and 1 keeper perch. Nothing to brag about but we still caught dinner. We still had 2 more days of fishing. Day number 2 arrives, and we meet at the shop. We have a different guide this day, so we head out to start the day again with walleye fishing. We did a little better with the walleye than the day before, and the perch we caught was nothing that was worth keeping. We ended our day with 15 walleye and 1 perch. We decided to go out to dinner with another couple that was fishing as well. They were from MN, very nice people, they weren’t having much luck fishing as well, but that’s why they call it fishing. Our last day of fishing we get up and head over to the shop to meet up with our guide. It’s New Years Eve. I have a good feeling about the day hoping we go out with a bang. Same thing as the two previous days, start out with walleye fishing, and the bite is on, we caught 12 walleyes first thing in the morning and we stay there till the bite slowed down, we picked up and moved to try for some perch it was somewhat slow, but we were catching keeper perch and a few jumbos. Biggest perch I had ever seen. We caught some walleye as well while we were perch fishing. Headed in after dark. Turned out to be a much better day of fishing, we caught our limit of walleye and 20 perch. We were happy!! The guide cleaned the fish and we headed back to the cabin, watched some tv and headed to bed, it was going to be a long drive to Montana.